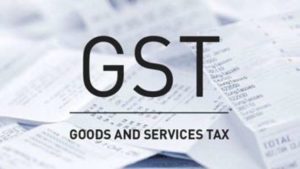 With the approval of four GST bills – Integrated GST, Central GST, Union Territory GST and Compensation Bill on 29 March 2017 by the Lower House of Parliament, it has also been made clear that the new tax regime will be implemented from July 1, 2017. By replacing various taxes, cesses and surcharges, the GST is expected to bring significant changes in goods and services industries.

Real estate in India, which will come under the realm of the bill within one year of its announcement, will get a mixed bag. The announcements made under Central GST – one of the four legislation introduced in the new bill, states that the real estate transactions like a lease, tenancy, license to occupy land and easement will be considered as a supply of service. In addition to these, renting of building and EMIs for the purchase of under-construction buildings will also attract Goods and Services Tax from July 1.

However, the sale of land and buildings will be kept out of the purview of GST and the buyers will need to pay stamp duty on these transactions.

The Central GST considers leasing or renting the commercial, industrial and residential building a supply of service and imposes GST on these transactions. As far as GST on rent is concerned, at present, it is applicable only on the rent paid for commercial and industrial units. For now, housing units are exempt from this.

When talking about GST on real estate transactions, M S Mani, Senior Director, Deloitte Haskins & Sells LLP said, “While service tax is applicable at present on the sale of under construction apartments, it is levied on a lower value as abatement allowed. The abatement is ostensibly to take care of the value of the land involved in the construction of apartments.”

See Also :How EPFO Scheme Help You Buy A Budget Home In India

The industry experts anticipate a lower tax rate of 12 per cent on under-construction real estate projects to make it more affordable for the end-users. However, an increased rate of 18 per cent will make under-construction apartments more expensive for buyers, making it difficult for them to invest in residential projects.

As developers and home buyers can avail benefits under the abatement scheme, the government should give clarity on abatements for the cost of land as well as service tax and value added tax, the developer has already paid for under construction projects. If a flat of 2000 square feet is sold for less than Rs. 1 crore, an abatement of 75 per cent is allowed, where the effective tax rate varies from 3.75 per cent to 15 per cent. In transactions where these two conditions are not met the abatement rate is reduced to 70 per cent and the buyer is required to pay a service tax of 4.5 per cent and VAT both.

Nevertheless, if the government ignores the abatement rules in the GST regime, the applicable tax rate will increase dramatically. Moreover, the rent amount for the people living in rental homes will also depend on the final applicable tax rate. If the landlord pays extra tax, they will directly pass it on to the lessee in terms of increased rent.

Though there is no update about the tax on affordable housing in India, the Ministry of Housing and Urban Poverty Alleviation (MHUPA) has suggested the finance ministry continue with the current exemption of service tax on this segment. To achieve government’s goal of ‘Housing for All by 2022′ this exemption is essential in the new tax regime.

Therefore, after implementation of Goods and Services Tax, leasing of land and buildings, as well as EMIs paid on the home loan taken for purchasing an under-construction housing unit, will attract tax. Needless to say, the impact of this new tax on real estate market can be guessed only after the declaration of the tax rate.

Experts believe that input credit allowance will bring down the cost for builders, directly affecting the overall price of a property. If builders transfer the benefit to the clients, home buyers in India will be able to save up to 20 per cent. Though GST will make property expensive for the end-users due to increased rate of taxes, they can still get benefitted from it, if builder pass on the reduced cost to them.