Considering the previous face of NCR, Ghaziabad has overall transformed where it has become a backbone of NCR’s Realty. There are several micro pockets which have been developing on a very faster pace and Rajnagar Extension is one of them. The two factors such as pricing and infrastructure play the most vital role in pulling the customers towards this region. The connectivity in this region has seen an immaculate demand and growth over the last few years. Raj Nagar Extension qualifies as a complete region from the eyes of any stakeholder, be it the developer, the investor or an end-user. 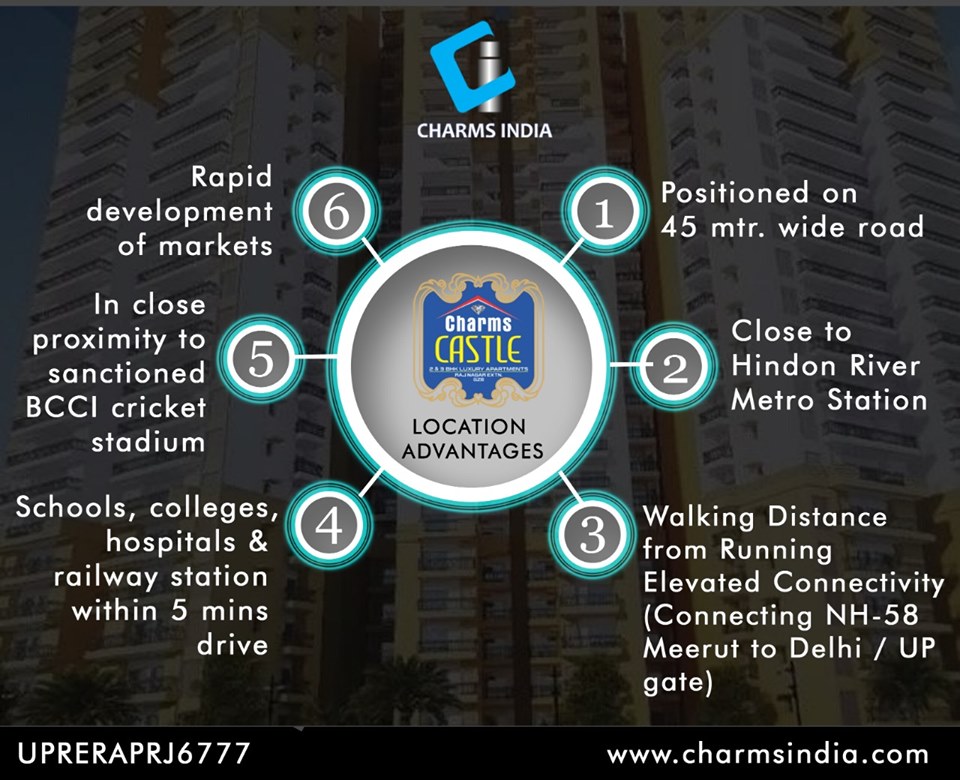 Rajnagar Extension in Ghaziabad is considered to be the fastest emerging micro pocket of Ghaziabad city where the real estate sector has boosted due to the developments taking place. Adding to this, the connectivity has played an important role with regards to the Hindon elevated road and the metro line due to which hassle-free commutes is possible. Also the recently started Hindon Airport, Eastern Peripheral Expressway has made it more cut-short.

The infrastructural development and the cost of it have played an important role in attracting the customers in this region. The extant homebuyers along with the future expected homebuyers have the assurance of promise of returns from this strategic location due to its adaptability in the market. Hence, Rajnagar Extension has witnessed a major change as realtors; commercial developers have started undertaking new construction projects. This will add up various housing and economic development projects along with the affordability. The confidence of the actual and the future homebuyers have been boosted further by the guaranteed returns or adaptability to the environment due to connectivity and the strategic location of the region. The elevated road has been designed keeping in mind the development and thus, one can say that the work on making Ghaziabad a future smart city is already on its way.

The Hindon Elevated Road is a national level mega project which has added more feathers to the cap of real estate in Raj Nagar Extension. It is said that for the first time, a project of such magnitude has been carried out in India and will not only change the landscape of the region but will also act as a catalyst to the fulfillment of housing demand in the country. Developing fast-paced infrastructure will allow more and more regions to be tapped for housing development, allowing affordable options for the new home buyers.